Under the sky declared a UNESCO Starlight destination, surrounded by valleys and mountain ranges, with the Aigüestortes and Estany de Sant Maurici National Park, the only national park in Catalonia, and with the set of Romanesque churches World Heritage as a witness in the background, the summer nights in the Vall de Boí are full of music and activities while enjoying this privileged environment. Different musical disciplines, organized by different local entities and associations, make the corners of the valley give off sound everywhere.

The residents of the Vall de Boí organize every year their major festivals, popular and open to everyone, with a program that occupies from the early afternoon until late at night, aimed at young people who want to enjoy from the party to sunrise.

All this, coinciding in most towns with the descent of the Fallas, the Fire Festival in the Pyrenees, declared Intangible Cultural Heritage by UNESCO, as the backbone. 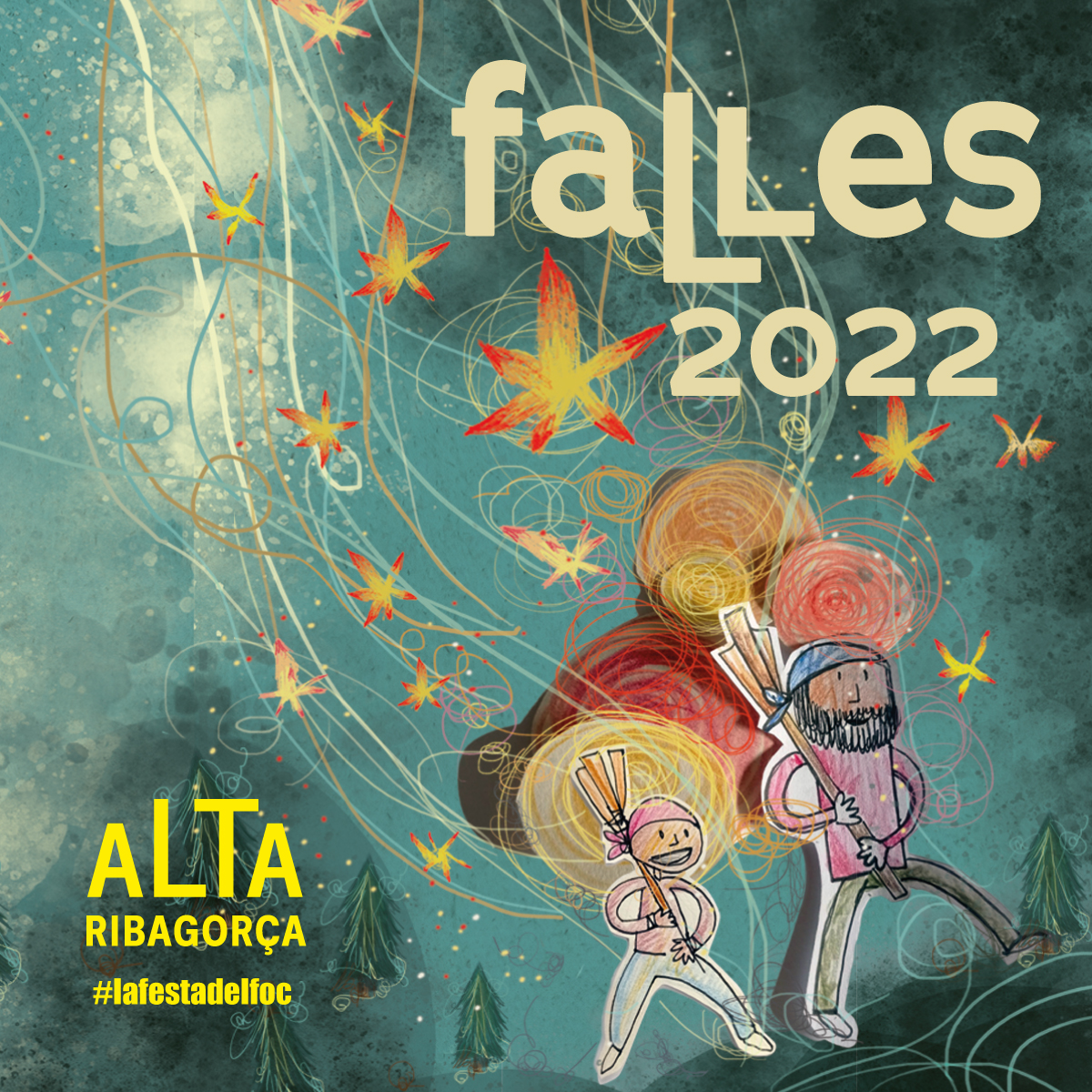 From the 14th of July until the penultimate week of August, the Vall de Boí invites families and visitors to discover its nooks and crannies to the beat of different musical styles with the cycle of outdoor Thursdays, which this year 2022 celebrates its 29th edition. We encourage you to join us and enjoy music of different styles and our environment. 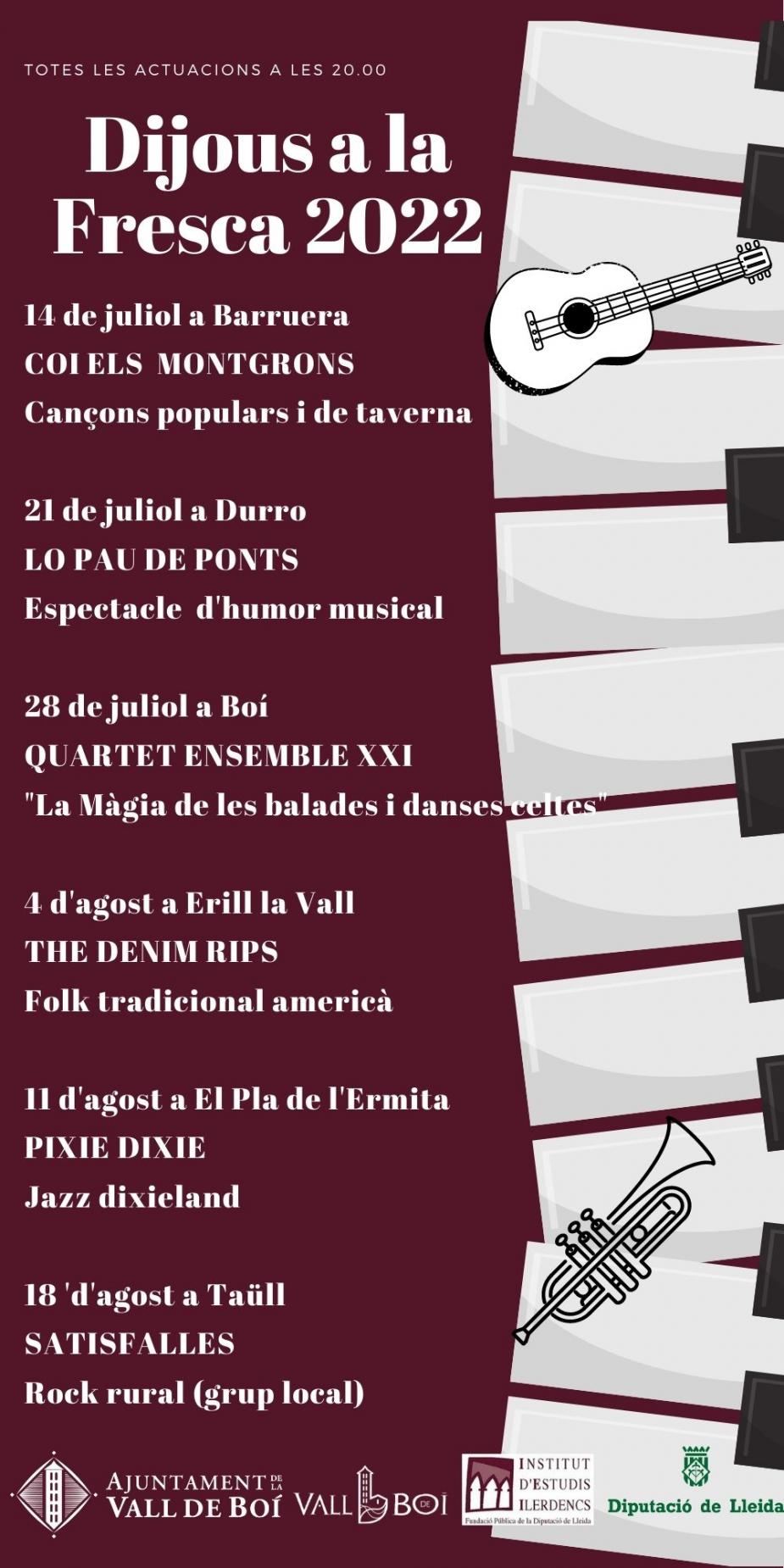 During the month of August the Cycle of Soloists is added, organized by the County Council of Alta Ribagorça, which from 6 to 31 August and around the villages of Viu de Llevata, Erill la Vall, El Pont de Suert and Vilaller will liven up Saturday nights in August with folk, jazz, versions and much more. The good work of the musicians who connect with the audience with each of the notes that come out of their instruments and their voices.

For lovers of early music, the 11th Festival of Early Music of the Pyrenees, offers a festival with a varied musical offer that covers all the villages of the Pyrenees and in the Vall de Boí will be next Wednesday, August 17, in the church of Santa Maria de Taüll. From the hand of Resonance, you can hear works by R. de Lassus, F. Durante, G. Legrenzi, J. Dowland, C. Monteverdi, F. Landini and N. Piccinni.

And already at the end of August, this year on August 25, and as the final climax of the summer, the town of Erill la Vall turns to the organization of the Night of Light. A party that involves the whole neighborhood and with a program that includes a musical performance to accompany a charming atmosphere in the light of the 10,000 candles that illuminate houses, the Romanesque church of Santa Eulàlia, meadows and the streets of the village, being the only light tonight.