The Swedish Tove Alexandersson and the Swiss and Werner Marti, leaders of the final ranking of the ISMF European Championships Skimo de Boí Taüll

France, Italy and Switzerland were the countries with the most points, followed by Spain with 1,416 points and 8 medals in total.

Oriol Cardona is second in the men's final classification. Catalan won gold in the sprint event. 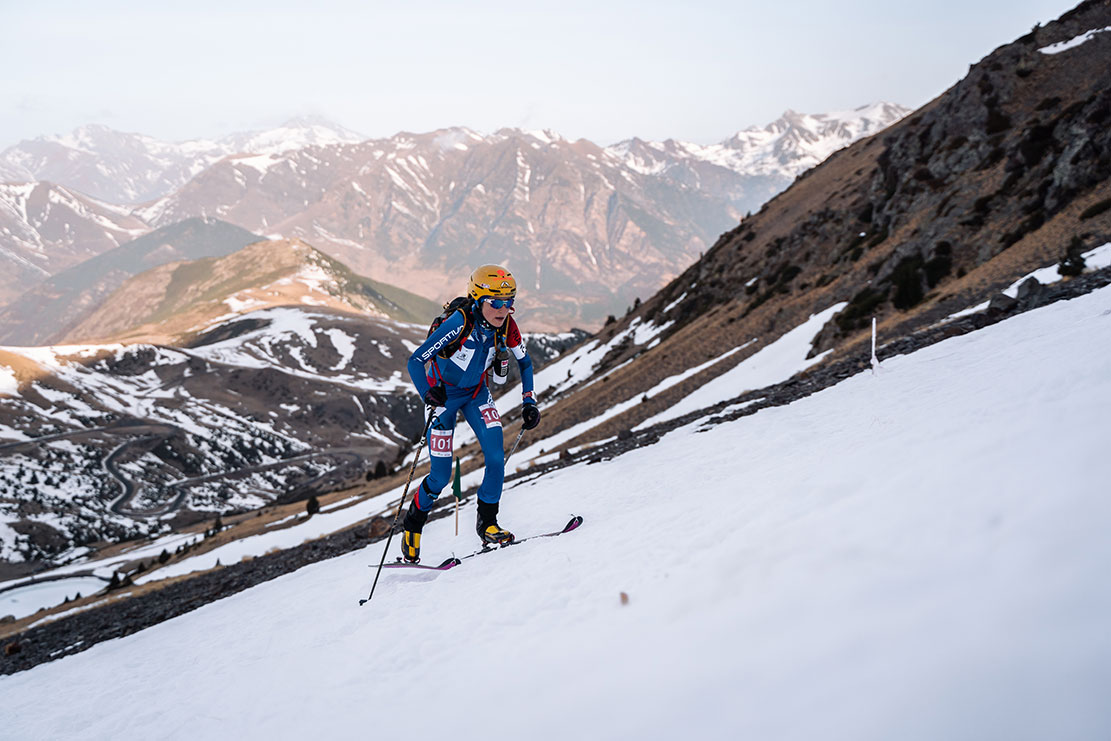 For five days, Boí Taüll has been at the center of the international skimo map. From February 8 to 13, the mountain resort has hosted the ISMF European Championships Skimo, an event that has been the scene of four tests: sprint, on February 9; vertical, on February 10; individual, on February 12 and relay, on February 13. The competition has had the participation of a total of 19 countries: Andorra, Germany, Austria, Belgium, Slovakia, Slovenia, United States, Spain, France, Greece, Italy, Norway, Poland, Portugal, Czech Republic, Romania, Russia, Switzerland and Sweden.

The final results of the ISMF European Championships Skimo in the women's category were crowned by Tove Alexandersson (SUE), with 270 points. During the competition she highlighted the role of Tove during the individual event, in which she achieved silver. The French Emily Harrop, with 211 points, and Axelle Gachet-Mollaret, with 200 points and gold in the vertical test, were second and third respectively in the final ranking.

As for the men's category, Werner Marti (SUI) was the clear winner: he won the gold medal in the individual and vertical events. Good results that have catapulted him to first place in the final ranking with 200 points. The Catalan Oriol Cardona, with 182 points and gold in the championship sprint event, finished second in the final standings, followed by the Frenchman Thibault Anselmet, with 180 points. 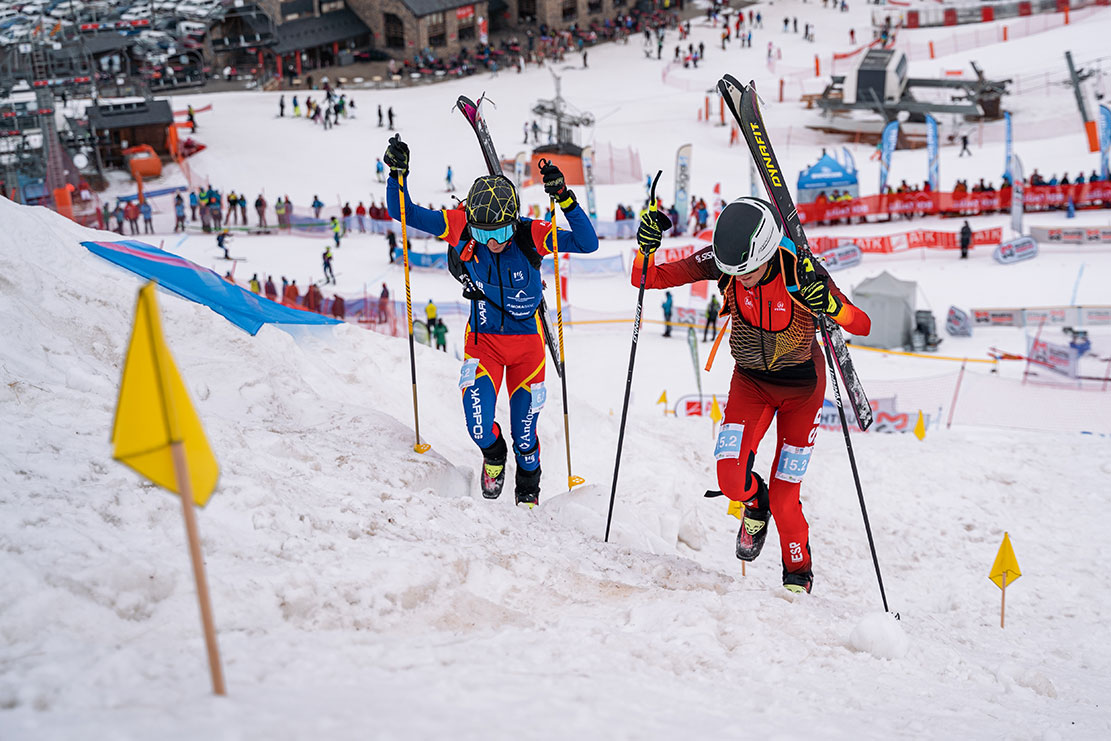 As for the final ranking by country, the classification is as follows:

Result of the Spanish athletes

In these championships, the intervention of Spain stands out, a country that has been in 4th position in the final classification, with 1416 points and 8 medals (2 gold, 2 silver and 4 bronze).

In the sprint test, the Spanish team obtained a total of six medals (three from Catalan athletes), where Oriol Cardona from Banyolí stood out, demonstrating his great form. In the vertical test, she won a bronze medal in the female U18 category, led by Andalusian María Ángeles Rodríguez. In the individual competition, Carlos Torres in the U18 category won gold and in the mixed relay race, the team made up of Ana Alonso and Oriol Cardona won the bronze medal. 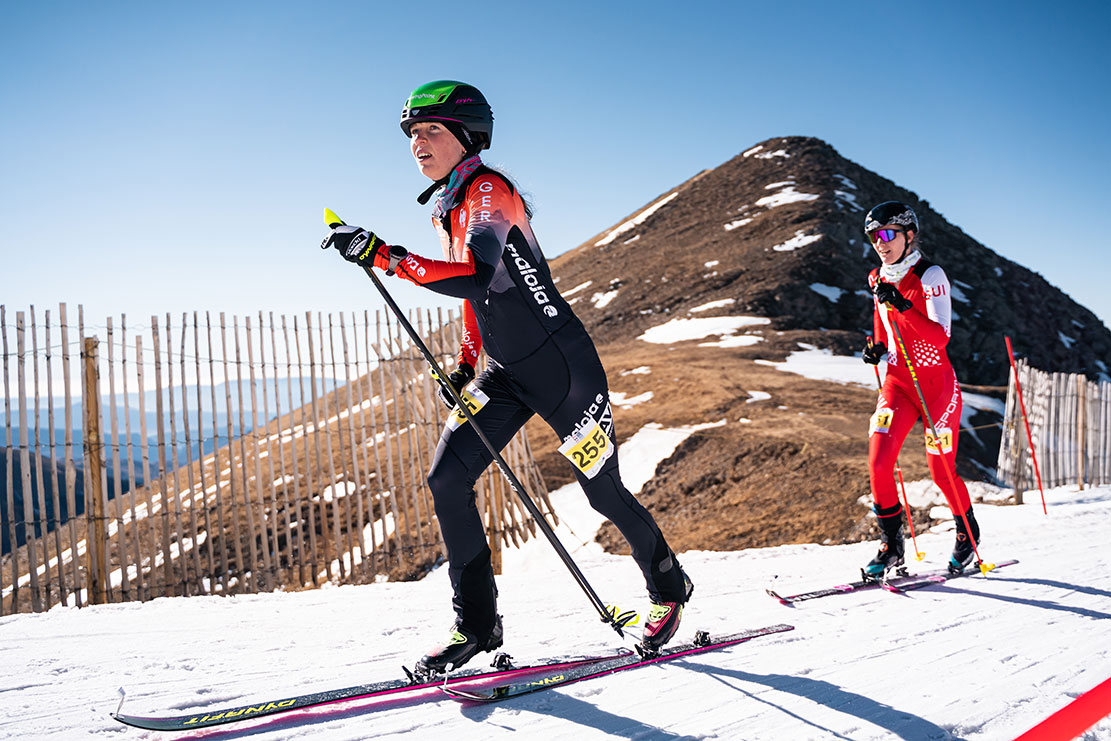 All the information on results, photographs and compaction of video images here.