Far away from the city's light pollution, the mountain sky is second to none. But do not worry, it is not unattainable. In the Espot ski resort you can enjoy the Starlight sky, one of the most spectacular mountain night skies in the Pyrenees for astronomy. 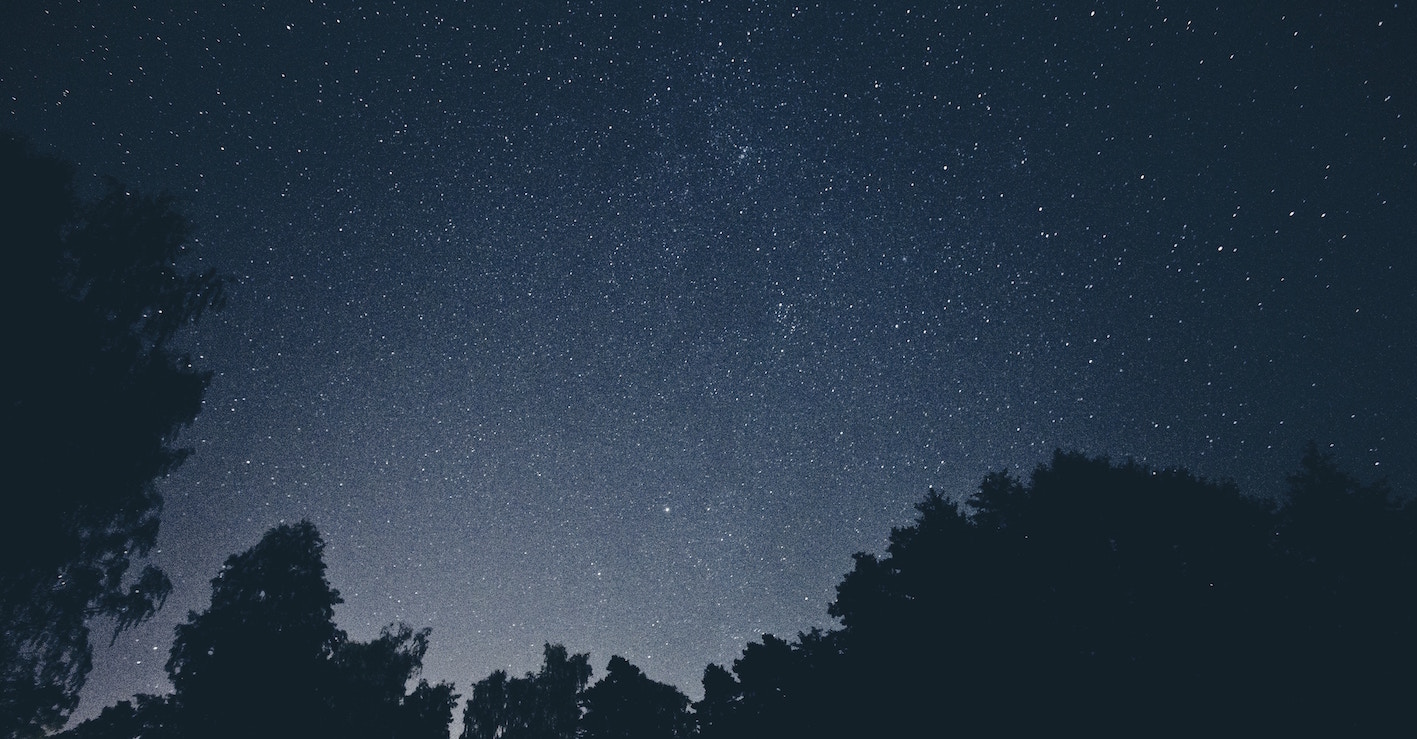 The 0 Parc Nacional d'Aigüestortes i Estany de Sant Maurici is one of the best preserved natural protected areas in southern Europe. There are exceptional conditions for the practice of astronomy to its natural and cultural attractions. Here there are still scattered and hidden villages between mountains, as is the case of the 10 municipalities of the Park, where we can enjoy the experience of a very black sky, where the stars are endless. These regions deserve to be preserved and can obtain international recognition as a Tourist Destination and Starlight Reserve (UNESCO), as the inhabitants of these regions decide to take actions to conserve the darkness of the sky and not add more light pollution.

In October 2018, the Parc Nacional d'Aigüestortes i Estany de Sant Maurici obtained this certification. Therefore, together with the Park we have placed a star observation table at the 2000 level of the Espot station , so that we can all enjoy individually or with the activities already prepared.

The experience begins with the treading machines that will lead you to the highest point of the station. You will know first hand the robust machines that facilitate the work of snow in a ski and mountain resort, and this will surely give added value to the adventure .

The astronomical observation will be in charge of Obaga's activities. First, the constellations will be identified, at first sight, with the help of an astronomical laser and the mythology hidden by the stars . The second part will consist of observing objects from the Solar System and the deep sky, with the help of a catadioptric telescope . In the event that there are clouds, the activity will also take place, making an indoor session with the help of astronomical images and other resources of Obaga.

The day will end with a dinner of ten and mountain menu KM.0: to warm up a good escudella (broth and cooked), followed by grilled meat with salad, dessert and coffee. The activity will conclude with a group photo and the snowfall downhill to the starting point.

Don't miss this magnificent Starlight dinner i make your reservation! 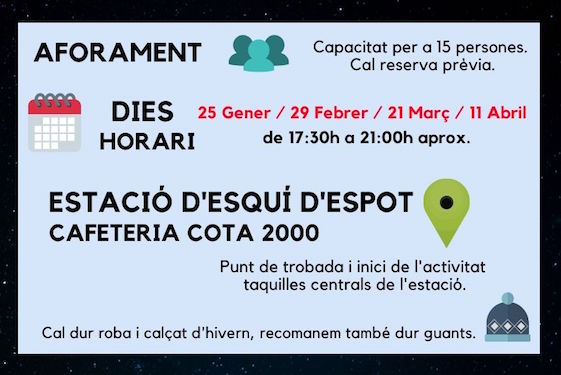